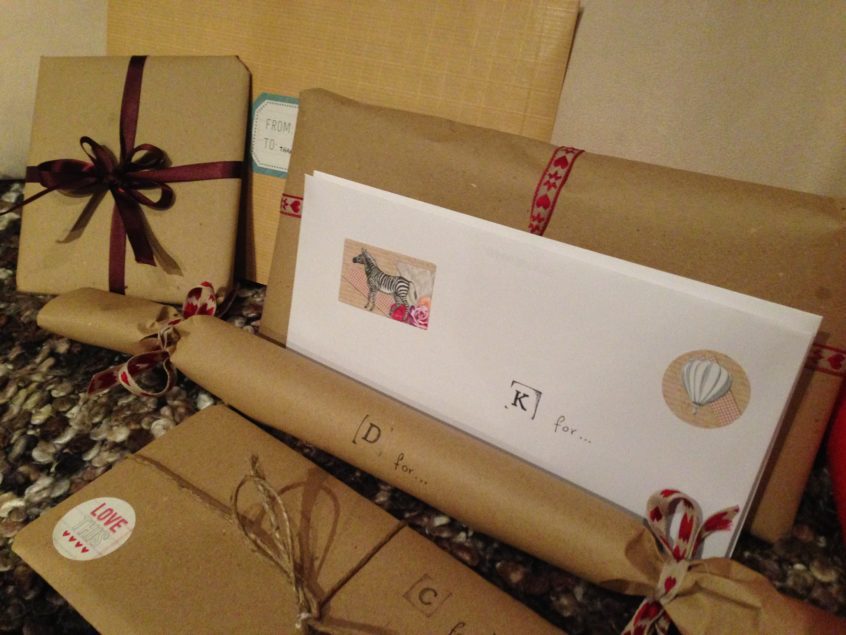 Two years ago my husband turned 40. The months following to this big celebration, I somehow started thinking that I wanted to give something special for his birthday this time around, something that money could not buy and that would have a big impact on him. So I started searching on the internet for ideas that could fit into what I was looking forward. While on Pinterest –such a great source of inspiration- I saw an idea of a small box consisting of various presents and initially my thought was to gather 40 items which would mean something for him. I even started compiling a list but for some reason, it didn’t feel the right choice.

Then, it struck me.

Instead of random items, I could gather some love from people who care about him. But how do you gather love and wrap it up to offer it? By writing a letter, a small note for his birthday which could be accompanied –or not- with a photo that brings up good memories. Bingo. I loved that idea and started working immediately as it would require time and good organization skills, something I am not particularly good at. I teamed up with my sister-in-law, Elli and my sister, Eriketti who helped me create this loving gift.

So here are the steps I followed and some thoughts that the whole procedure triggered:

1) First thing on my list was to compile a list of the people I would ask for a “love letter”. It was a mix of family, friends and colleagues and I aimed for approximately 45-50 because I knew that some of them would not be able to do it or wouldn’t get back to me on time. I did end up with a few more than 40 but that wasn’t a problem at all, it was an added bonus. I contacted all of them the soonest possible and waited for their replies. Some of them were miles away and I asked them for an electronic version in case they weren’t able to send a physical copy, but handwritten letters started arriving as far as Sydney and Hawaii. I was hooked.

3) One of the persons who had to write to him was me! It took me lots of thinking but in the end, I decided to write a “40 things I adore about you” letter, which fit perfectly with the “40 love letters” theme.

4) Packaging and presentation: on my mind, I knew exactly how I wanted the packaging to be. I bought the wrapping paper, playful stickers, twine, letter stamps and ribbons. Then, I asked a family member to help me out with the actual wrapping as I am not very good at it and I wanted the presentation to be as lovely as the letters.

Gathering the letters (and chasing the ones who were late to send them!), printing out the ones I received electronically together with some photos and the packaging took quite a lot of time but I enjoyed every minute of it. I also had to think whether I would give them to him randomly or decide on the best order and opted for a mix of the two: he would select them randomly except for the last 10, which were predetermined. Yes, mine was the last one, naturally! Then, we put everything in a big box, ready to be given to its owner. We had so much fun wrapping all the love letters!

5) Instructions: we weren’t together the day he was supposed to start opening his love letters, so I wrote a detailed note explaining what he had to do and asking him to take a photo along with his present.

That was it. From Day One, he was in for an emotional rollercoaster: photos and words evoking powerful, deep feelings that even a billion euros could never buy.

It was revealing to me as well, to realize how wonderful a personalized gift like that can be. When trying to resist the easy way –get in a shop or go online, buy something, have someone wrap it for you, write a birthday card – you can come up with some brilliant ideas.

Recently, a good friend of mine told me she liked the idea quite a lot and wanted to do the same for her husband who was also turning 40. She even asked for my “permission” which was very flattering, to say the least. I was so happy. My friend upped the game gathering all the letters, making a book and giving it to him on his birthday. Always add your personal touch to everything you do, it makes all the difference. I think he had fun as well! But tears were also involved, tears of happiness.

This project came to life thanks to a great crew: my sister-in-law Elli, my sister Eriketti, my cousin Vasiliki and of course all the family members and friends who expressed their love in the most genuine way. Thank you all so much!

What was the most memorable gift you have ever received? Was it an experience or a material object? 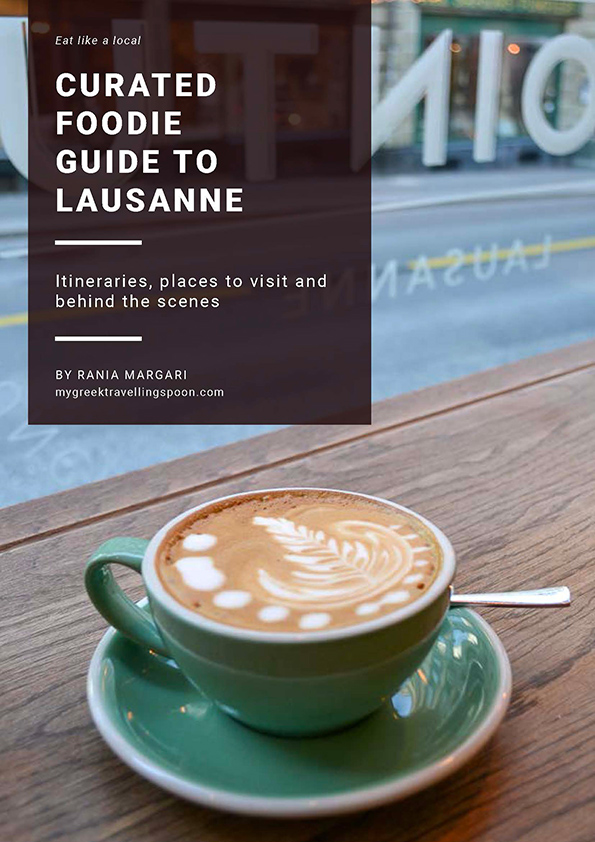